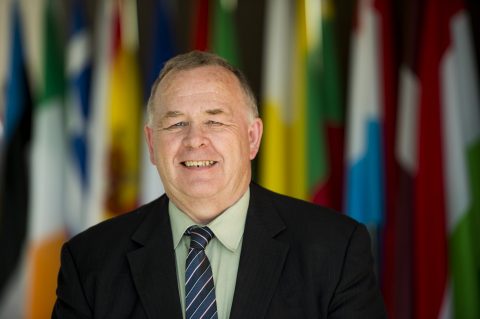 Irish Rural Link (IRL), the national network representing the interest of rural communities, is delighted to announce the appointment of its CEO Séamus Boland, to the role of President of Diversity Europe Group, which represents Civic Society on the European Economic Social Committee (EESC) based in Brussels.

Séamus assumed his new role during a virtual inaugural ceremony, today Tuesday 27th October 2020 and will hold the position until 2023. He is the first Irish person to be elected to this position since it’s foundation in 1956, as one of the EU’s institutions listed in the Rome Treaty.

The Diversity Group is made up of delegates drawn from each member state, representing sectors which include, community, agriculture, environment, consumers, social economy and various professions.

Séamus has been a member of the European Economic Social Committee since October 2011 and a former vice-president the Diversity Europe Group.

Poverty and the role of civil society organisations in combatting it will be the focus of Séamus’ term of Presidency.  It will be framed in the context of the European Green Deal and the impact of COVID-19 on our lives.  COVID-19 and the ensuing economic, social and health challenges will provide the framework for the Groups work. The Green Deal will provide the solutions.

In line with the overall topic of his Presidency, priorities of his term include:

The EESC is a consultative body that gives representatives of Europe’s socio-occupational interest groups and others a formal platform to express their points of view on EU issues. Its opinions are addressed to the Council, the European Commission and the European Parliament. It thus has a key role to play in the Union’s decision-making process. The committee consists of Three sections: Employers, Trade Unions and Civic Society.

The presence of the Diversity Europe Group (Group III), alongside the Employers’ Group and the Workers’ Group, ensures that the Committee is a dynamic force and is empowered to give full voice to the concerns of the various social, occupational, economic and cultural organisations that make up civil society in the Member States. In line with the changes introduced in the Lisbon Treaty, Group III is made up of “other representatives and stakeholders of civil society, particularly in the economic, civic, professional and cultural field”.